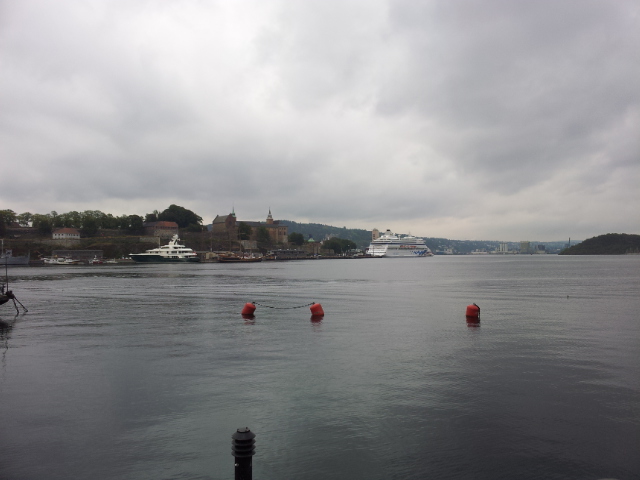 For the rest of 2013, this blog will mostly be masquerading as a travel blog.

This week I've been in Oslo, and I liked it. Actually, you'll be hard-pushed to find somewhere I've visited that I didn't like in one way or another, but Oslo does make my "definitely going back there" list. If Seville, where I've been for the last month, is stuffed full of History, Oslo is overflowing with Geography. I've noticed a pattern in that my favourite places were sunny when I visited them first, which subconsciously prompts me to love them (as a vitamin-D-deprived Englishwoman). Oslo was NOT one of those places, it was overcast and extremely chilly compared to the south of Spain. But the countryside around it is really pretty, and it's very green and mountainy and watery. Not like Spain, or the UK for that matter. 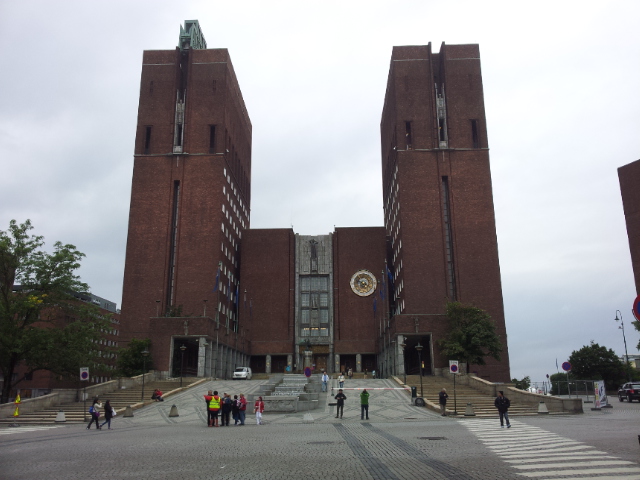 I found the Norwegians really friendly, and as with all the Nordic countries their English is better than you'll find in an international and technically English-speaking city like New York or London (I'm not criticising New York or London, I love their diversity and international-ness, and the fact that London has more active spoken languages than any other city in the world, it's just the excellent standard of English in somewhere like Oslo is very noticeable).

Anyway, on to the point, the JavaZone conference.

Over the last two years I've been to a lot of conferences, and over the next month or two I'm probably going to double that number. So I didn't give JavaZone the attention it truly deserved. I was, rather boringly, preparing my talk and doing actual work while I was out in Oslo (and less boringly meeting up with old friends) rather than attending the conference.

However that's actually a shame, as from what I saw of the conference it was a really nice one. Small enough to run into people you've met before or get talking to strangers, big enough to attract some great speakers and exhibitors. 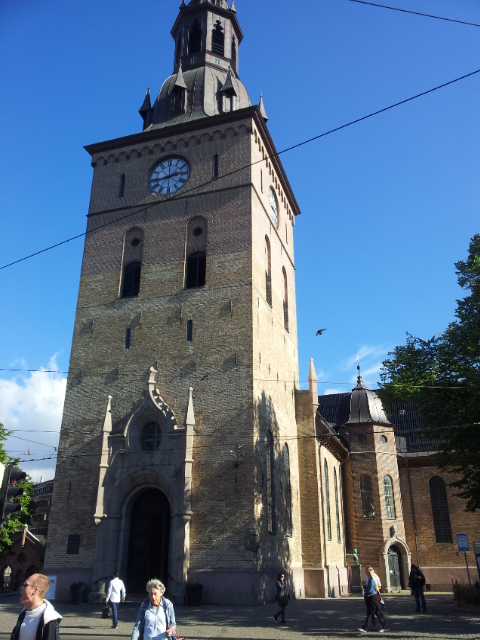 The thing that struck me the most though is that it had by far the best exhibition space I've seen at a conference. I'm not sure if it's a result of it being right in the centre of all the rooms, due to the layout of the venue, or if it was simply extremely well designed. What I liked about it was that the stands for the exhibitors were located around the hall and interspersed with different types of seating for attendees to hang out in - cafeteria-style tables; lounge areas; bar-style high tables and stools; bean-bags; space for people to stand and chat. This mix of exhibitor stands and social space made it feel a bit like a party. And while the benefits to the exhibitors are obvious (they can chat really easily to the attendees and hand out freebies), as an attendee it seemed a more relaxed approach and less sales-y than being pounced on by the poor lonely people manning the booths in the sort of exhibitor's hall where you run through it to get to the food.

Speaking of food, JavaZone had the best approach to food I have seen at a conference. There were loads of hot and cold food tables around the hall, with different types of food, served all day. I spotted Italian, French, Sushi, American, cake, and the ever-lasting burger bar (a dangerous thing indeed). This neatly avoids a lot of issues with "dietary requirements" (vegetarian, gluten free, low-carb etc) and gives us the impression of choice rather than having food foisted on us (see: JavaOne. Sorry Oracle but your food situation seriously sucks). Serving it all day avoids massive queues that steal away all your break time, and puts less pressure on you to eat when you have to. I have no idea how much this set up cost, and I'm pretty sure it wouldn't work at most venues as they have their own catering arrangements, but it was something that seriously differentiates this conference and venue.

But my favourite thing about it was the quality of the coffee. Yep, you heard me correctly. It wasn't the great speakers (I didn't get to see many talks but Tim Berglund's talk was excellent, and Ken Sipe has had a bigger impact on the MongoDB Java Driver than he will ever know). It was the coffee. They had all sorts of different coffee stands dotted around the place. Some sponsored by companies, I guess, and I think the Nespresso-style capsule coffees (that were sadly abandoned because the other stands with baristas were so popular) might have been the default conference coffee. But being able to grab a really good quality cappuccino without having to leave the venue was a very welcome change from the usual conferences, and it keeps you in the exhibition area with everyone else. 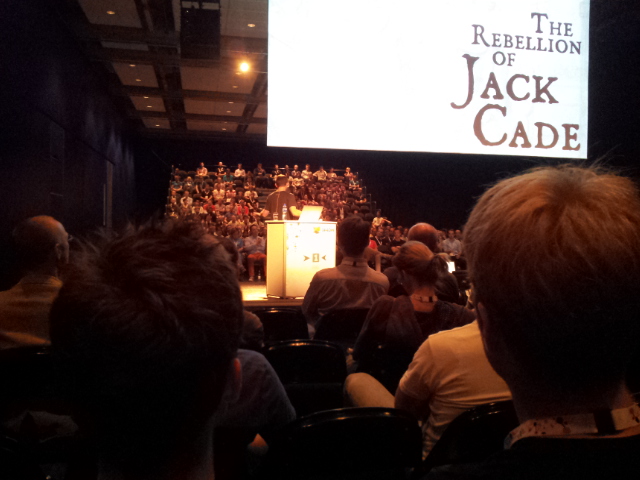 Just because if I don't mention it by now it's a bit unfair on JavaZone - they had a good proportion of women attendees. Wherever you looked you could see at least one, which is (sadly) a lot better than many conferences. I'd estimate it at around 10-15%, which is not bad at all. I wonder if they did anything special, or if that reflects the normal proportions of women techies in Oslo?

OK so I'm clearly extremely superficial in my appreciation of conferences. Maybe this is the result of having attended quite a few now. But if you go to any Java conference (in particular, but maybe other types of tech conferences too) they're really focussed on getting great speakers with good presentations (as they should be). So it's the details that will set your conference apart from another.

Of course, location plays a part of it. If you're based in Oslo/Norway and a JVM person, JavaZone should clearly be your first choice. But if you're in Europe and are going to have to fly somewhere to get to a conference anyway, you have quite a lot of choice now, and you might be tempted by this conference.

I wonder if one day I'll be able to do a "definitive guide to this year's conferences" in advance and be able to suggest the ones you should go to based on different sets of criteria?

I'd be remiss if I didn't mention my actual talk at JavaZone, since that was the point of me being there. I unveiled a new talk, although the sharp-eyed amongst you will probably notice that I've re-purposed/re-written the "What do you mean, Backwards Compatibility?" talk from this year into a more general why-developers-should-care-about-software-design talk. It turns out this was the perfect conference to do this presentation, as there were quite a few process-ish presentations suggesting that developers should do more than simply learn about technology. These are challenging talks to give at technical conferences - there isn't always a "process" track, and if there is it's often not for developers. It is assumed that developers want answers, and tools, and technologies, and often this is true (normal caveats apply around making gross generalisations, but for some developers and some conferences audiences this is true). It was great to be able to give this talk to a good-sized audience of smart techies who, I think, got what I was trying to say. I don't really know if I'm preaching to the choir or not though, or what people are really taking home with them.

Design is a Process, not a Document from JavaZone on Vimeo.

You can let me know in the comments (or via twitter or e-mail) what you think of the talk - what did you like? Am I just telling you what you know, or did you learn something specific? Or did it re-enforce your own beliefs?