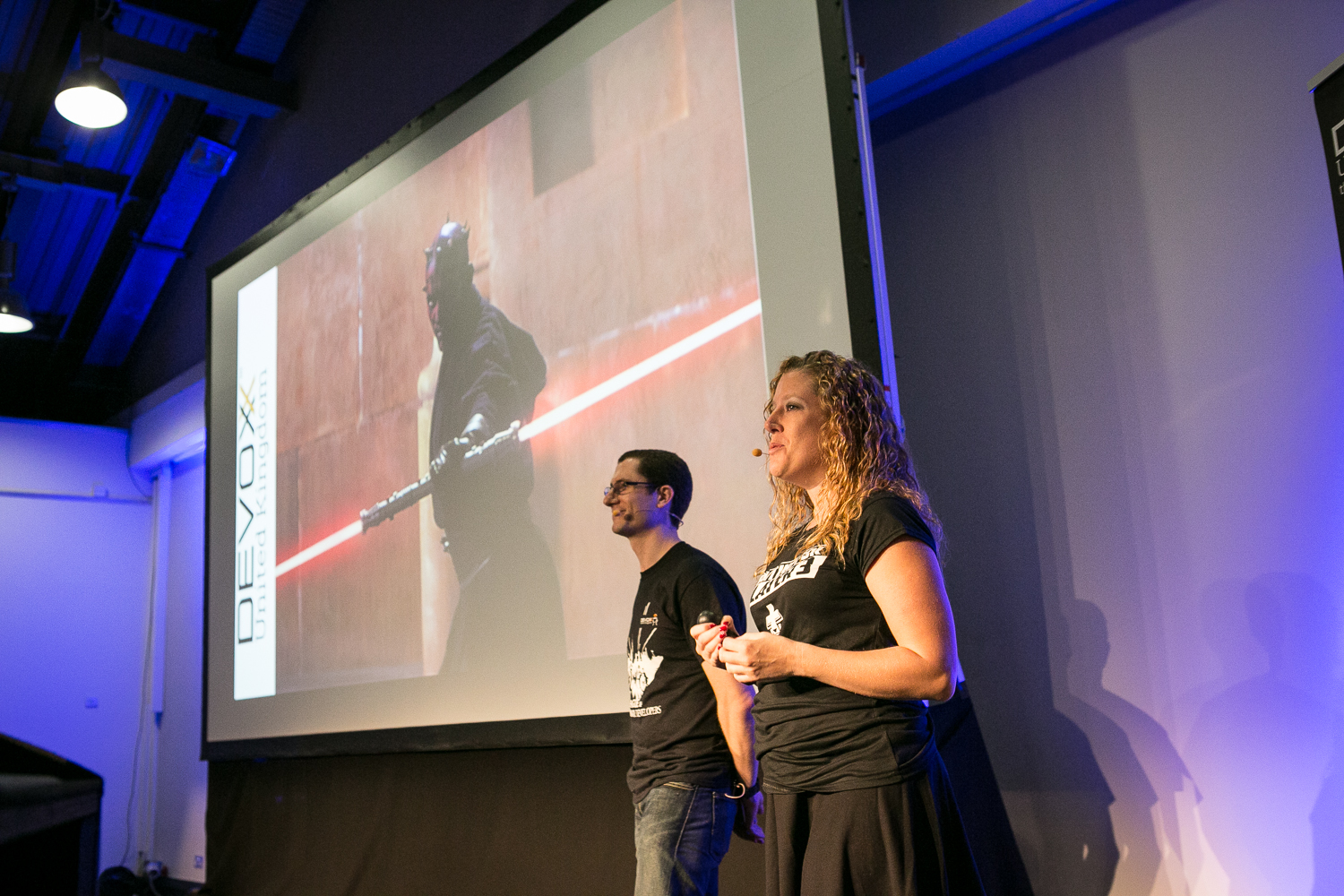 I have loads of advice for aspiring speakers, which is lucky because I get asked about how to get started (or how I got started) all the time. I found an email I sent to someone absolutely years ago (2014) and thought it useful enough to dust off and post. It's interesting to see my mindset back then because now I've largely forgotten what it was like in the early days.

The timing is not great, since in these Coronavirus times no-one's going to or presenting at conferences, but I firmly believe that with all these virtual events and conferences there's a much lower barrier to entry to speaking, and that now is exactly the right time to start presenting if it's something you've ever had on your wish list.

"I was hoping I could get some advice off you as I'm starting to look at ways to get out and speak a little bit more at events. Would you have some insights from how you started?"

I started speaking at the London Java Community (LJC), I did a lightning talk there, and I did another longer talk (although after I had presented at a couple of conferences). I'd had a bit of training on this before as I'd been on graduate training programmes and stuff when I worked at Ford, and I was used to presenting and demo-ing in front of management there.

I was really lucky because in 2011 I was at JavaOne receiving the LMAX award for the Disruptor, and Martin Thompson (my boss's boss) was already presenting there. So he invited me to co-present with him. I did not do an awesome job in this presentation, but now I had "JavaOne speaker" on my CV, it was easier to get into other conferences.

I got to speak at JAX London just a few weeks later, because Martijn Verburg, my friend and mentor from the LJC, was track host for Java and knew that Mike Barker and I were going to present on a topic that was interesting to the audience (the Disruptor); I was on a panel at Devoxx the following month, because I was pushed in front of the Devoxx organiser while I was at JavaOne and pitched him my idea for a panel on diversity (a topic that interests him). After this, I was submitting CFPs to conferences who didn't know who I was, but because I had JavaOne, Devoxx and JAX London on my CV, and because there was interest in the topic (the Disruptor) I got in to OSCON, Strangeloop, QCon London (actually Martin Thompson got me the QCon London gig, once again proving that sponsors are more important than mentors).

By then, I'd made enough of a name for myself that I started getting invited to conferences. But I'm still cheeky, and I ask for invites to those I want to go to1. I really wanted to go to Australia, so I e-mailed the organisers of YOW, who I'd met at previous conferences, and asked if they'd have me. This really terrified me, cos they could say no. But they loved the idea and I got a spot. I don't think they would have asked me that first time, but they were really happy to have me once I put myself out there.

This is something I've learnt, something that's not natural to me - ask. They can only say no. That's fine. I've been on the organising side of conferences, and it's hard to say no to people, and it's almost never because someone's rubbish, horrible, or a bad person - it's because you ran out of space or time, because the topic doesn't fit, because you can't afford to pay their expenses. So if people say no to me, I don't take it personally.

As a beginner the very best thing you can have is videos of you presenting. I've done speaker selection for DevoxxUK and QCon London, and the first thing I do with someone I don't know is look to see if they're any good. If they're a good speaker, that's usually an easy choice. If they're an inexperienced speaker, but the topic is interesting, or the speaker makes it easy to understand, there's a good chance they'll be selected. We know people have to practice presenting and not everyone's great straight away, and we know we need new blood and new speakers.

Getting videos of yourself is fairly easy in London - present at LJC sessions and insist they're at Skillsmatter, where they video all the recordings2. Then when you submit a CFP, put a link to this video somewhere in the CFP, even if they haven't asked for references. If this makes you uncomfortable, because you're not happy with the videos of you talking, a short YouTube video showing you as a person speaking to the camera, or a screencast of you talking through something, can work as well.

2020 Update: Yes what a fun year this is. Anyway, the London Java Community is now, more than ever, actively looking to encourage new speakers. Sign up to give a lightning talk, sign up to their aspiring speakers group. If you're not in London / not on a friendly timezone, try finding another user group which offers something similar that works for you.

In answer to some specific questions:

Did people start asking you to talk at events?
Not at the beginning. I think Strangeloop was the first one that invited me, that was after I'd done 5 or so presentations in the 12 months leading up to it (so probably 9 months before they asked me). I think I get asked more than your average presenter because conference organisers are really keen to get technical women speakers, and there aren't many of us. All experienced speakers I know get invited to present at lots of different conferences

Did you actively look for events to speak at?
Yes. I asked Ben Evans and Martijn for the best events to speak at. I looked for the biggest Java conferences. I asked other speakers which were the "best" conferences (i.e. those that are most fun for speakers). I looked for conferences in cities I wanted to visit. At LMAX, I looked for events that we should be presenting at as a business, so lots of financial markets/tech events. At MongoDB, I'm currently working on a way to figure out which conferences we should be targeting (2020 Update: I never did work it out. I'm still trying to work it out at JetBrains.).

Did you approach people or just submit talks in the hope people got back to you?

Both. This year (2014, remember?), although I will present at a number of conferences because I was invited, I submitted CFPs for OSCON, Devoxx, NoSQL Matters, JavaOne. Because of my work with QCon London (I've been on the programme committee a few times) and because I've presented a number of times at QCon and GOTO, I get invited to a load of GOTO conferences. I'm invited to a number of JUG-run conferences (like GeeCon Poland and JavaZone) because I'm part of the Java User Group community. I also see invitations to these conferences through the JUG leaders mailing list and Java Champions list - the JUG leaders list I got access to by being more involved with the LJC (and then starting the Sevilla user group with Isra) and I became a Java champion through the user group work, conference speaking and blogging I do.

That was a crap-load longer than I expected. True to the original statement, I still have a LOT more info to share, but frankly that's plenty to get started with. It's not well structured and there's a lot of info, and you don't need all of it. But I hope it helps.

1This was true in 2014 but is no longer true. Now (well, before lockdown) I had simply too many conferences to attend, and I have two small kids I've been reducing my travel for years. Although I was this close to asking for another invite to YOW for 2020, when in fact they emailed me to invite me first!

2Hmm yes well, a) coronavirus and b) skillsmatter shut down. But the underlying point remains: use a User Group and get videoed.

Let me leave you with my own most recent Lightning Talk, presented (once again) at the London Java Community: "Three Tips for Giving Presentations".

Possibly slightly more interesting than the talk is the 30 minutes of Q&A at the end, fielded by me, Steve Poole from IBM and others.