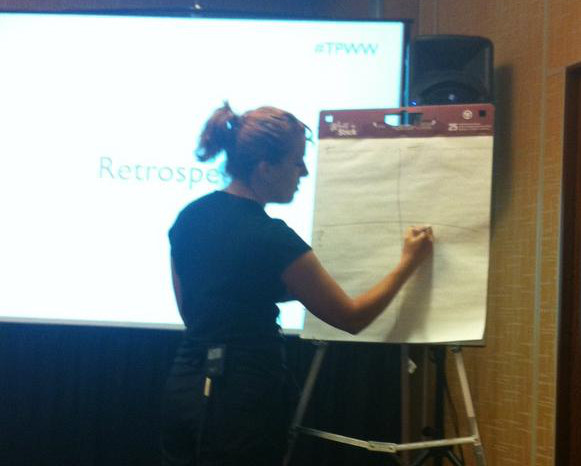 Right. It's about time I started looking for my next job/gig/source-of-income. I'll be honest, 9 months of sabbatical has not been as restful as I had hoped, but apparently writing two books and taking on the ownership of a restaurant are not restful activities. Who knew?

Anyway this blog post is because it's too hard to explain in 140 characters (OK fine 280, but I'm old school) what I'm looking for. There are three main paths I'm exploring:

This is an obvious path for me, given I've been doing it for over ten years now. I could go all hipster and say I was basically doing developer advocacy before most people knew it was a thing. I have a lot to offer in this area, I have a lot of experience, I have a lot of connections, I have an audience. The logical areas for me here are something Java-shaped or something that appeals to a broader audience of developers.

I'll be honest, I'm not sure I want a pure developer advocacy role again. I like sharing what I know with developers, and I like hearing what developers are up to. What I don't like is the content-production-hamster-wheel, which is an easy trap to fall into if there are no other clear metrics for success in dev rel.

I really would love to get my hands on some code again, and to understand what real dev teams are doing and what challenges they face. In this very-nearly-post-covid world, remote development is much more normal, and being based in Spain is no longer the barrier to entry that it used to be. I am considering engineering roles, but I'm also having to re-evaluate where my skills are here. Yes, it's been a while since I was a fully-integrated member of an engineering team, but it's also been time that I have spent doing significantly more learning, reading and research than most developers get an opportunity to do. It makes sense for me to be looking for a much more senior engineering role than I have previously had. This includes technical leadership positions, although I'm still working out my position on being a people-manager.

When I left JetBrains, my heart was set on becoming independent. I wanted total control over my workload, and I wanted to be able to use my skills where I enjoyed using them. Independent consulting and training is still a very interesting option to me, and it's also another great way to see what real development teams are up to.

What puts me off being fully independent is, if I've learnt anything from a couple of years of the pandemic, it's that being remote is one thing but doing everything alone is quite another. So I'm also open to doing consulting or training in partnership with others, or maybe even for an organisation (if the money is good enough!).

Or maybe there's something I haven't considered yet that would suit me. I didn't know what developer advocacy was when I accidentally started doing it!

So, if you think you have a Trisha-shaped hole in your organisation or some kind of role or opportunity that would suit me based on the above, please get in touch. To set expectations, at this time I'm having exploratory conversations. I do have a clear idea of some of the things I do and do not want (yes to fully remote! no to ridiculous working hours!) but the full picture is still forming. I am unlikely to be able to make any firm commitments or decisions until I've had a number of these conversations.