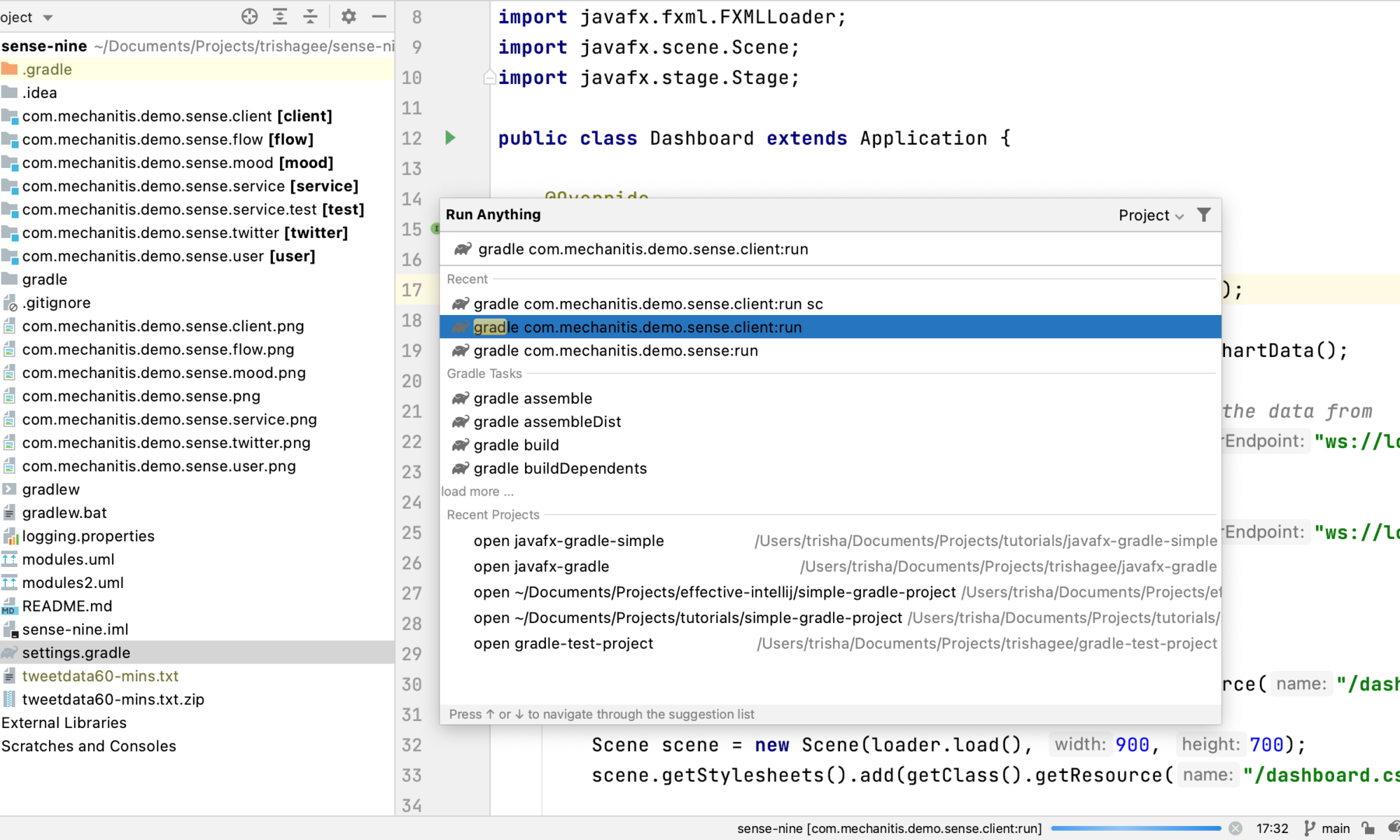 You might think, particularly given the order in which I have posted these blog posts, that I tackled the easiest application first when I decided to upgrade my JavaFX applications. But no. Because I like to live life on Hard Mode.

I spent two full days last week once again tackling the on-going tech debt I had with a Modular JavaFX application. And I won! Yay! So here's my experience report.

I created a modular application to demonstrate Java's Module System, and other Java 9 features, based off my Java 8 demo. Since it was developed at the same time that Java 9 was bring developed, it was always a little... fragile. In particular, it (originaly) couldn't use a build tool like Maven or Gradle because neither of these supported Java 9 before it was released.

After I stopped using the application to demo Java 9 features, I tried to continue moving the project forward, for example finally fitting Gradle onto it, and fighting with all that modularity entailed in this brave new world.

Therefore when I came to upgrade the application last week, my problems included:

Note that none of these are specifically JavaFX problems, but add into the mix the intricacies of getting JavaFX to work with the Java Module System and a build tool, and the whole thing felt a bit like trying to add to a house of cards. In the dark. With oven mitts on your hands.

Early last year I made a stab at upgrading to Gradle 6.4 and upgrading everything else along the way. There's a branch for that, but to be honest I couldn't face going back into it and working out what state it was, so I just started at the latest state that main was in. At this starting stage, with the current version of IntelliJ IDEA etc, nothing was working. I couldn't even remember what the problems were, what I'd researched, what I'd tried, and what I'd planned to do next. I decided to assume I was new to the project and start as simply as possible.

Once all the back-end service build files have been fixed, and we've checked they all compile and run correctly, then we can finally turn our attention to the JavaFX module. 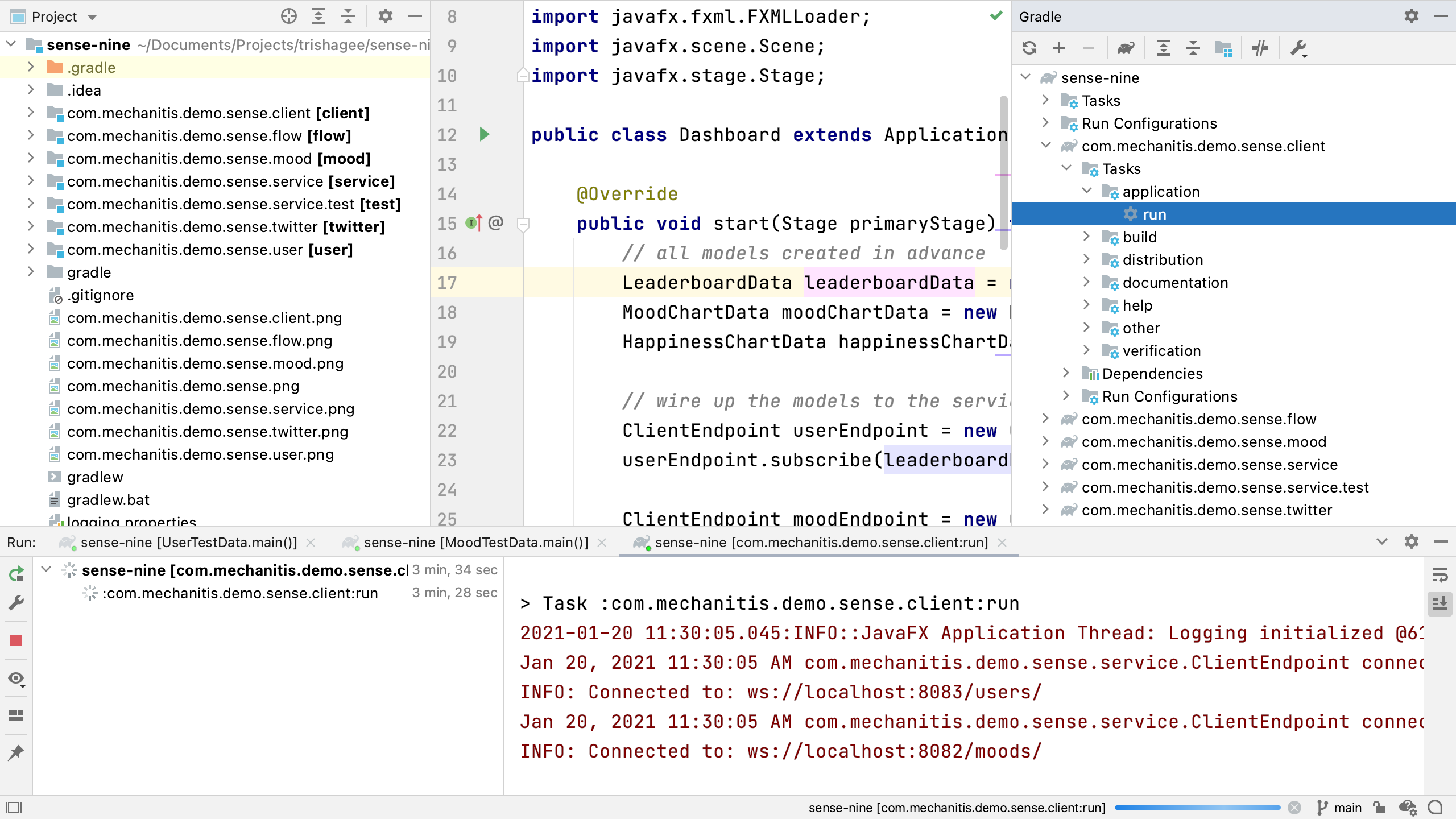 or from "Run Anything" (Ctrl Ctrl) 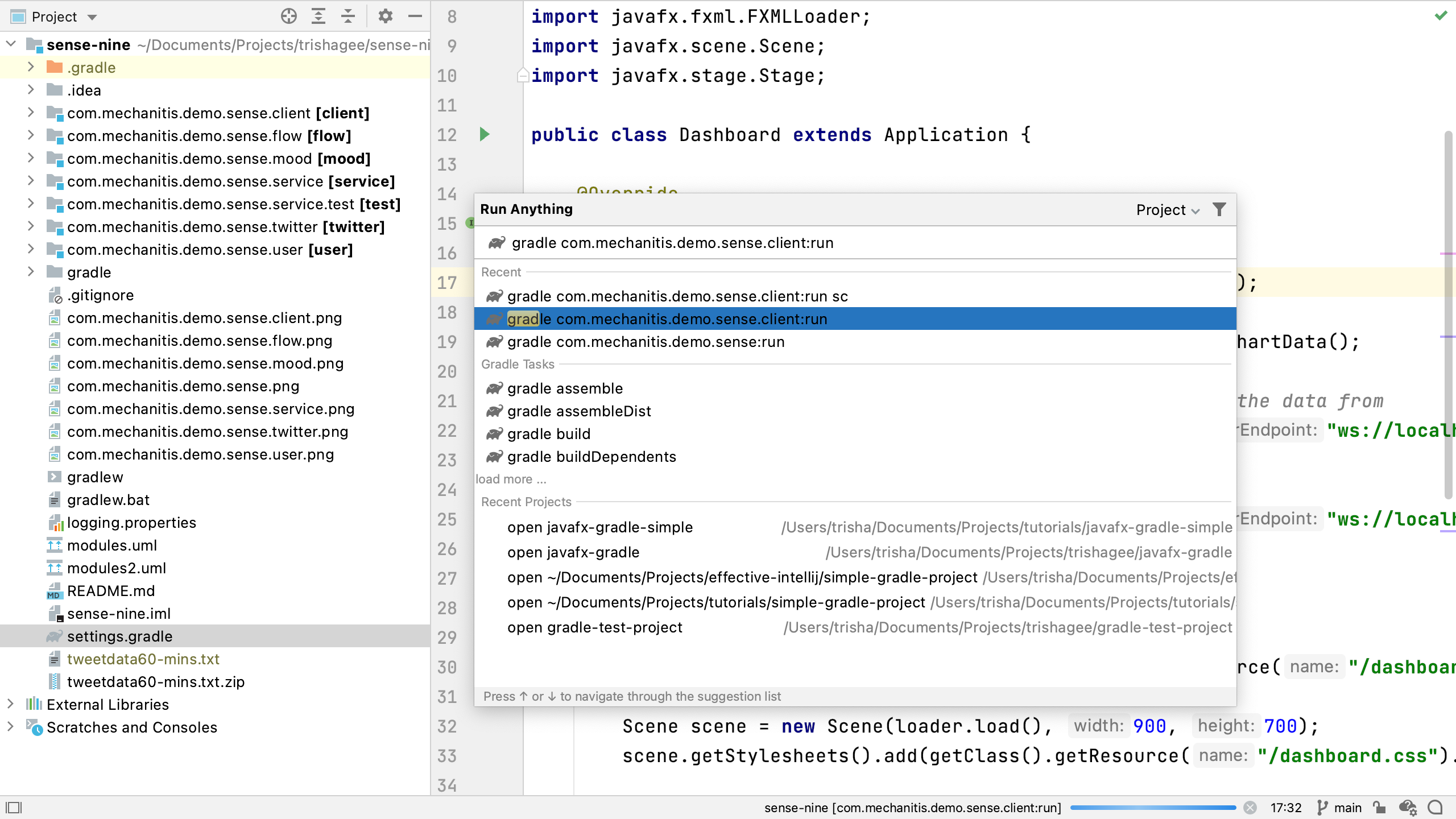 It does not run via the editor in IntelliJ IDEA (i.e. the green arrow gutter icons, or the run shortcuts ⌃⇧R (MacOS) or Ctrl+Shift+F10 (Windows)) from Dashboard.java because of the aforementioned problem with loading resource files (FXML and CSS). However, running via Gradle in IntelliJ IDEA still creates a valid Run Configuration which is just as easy to use in most circumstances.

I'm not sure how to workaround the problem of IntelliJ IDEA not seeing the resource files correctly. I may raise an issue in the issue tracker, or I may find a more reliable way to load files.